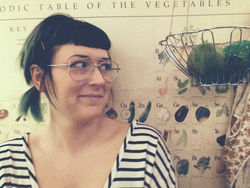 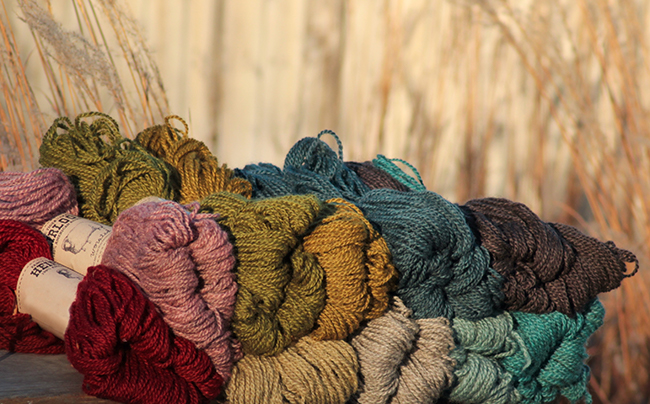 Heirloom Romney Yarn is 100% home grown springy woolly goodness. A collaboration between Fancy Tiger and Elemental Affects, Heirloom Romney is made in the US from sheep to dyehouse. This sturdy yarn is aptly named – Romney wool is known for its strength and durability, and one touch will tell you this yarn will stand the test of time. That one touch will also surprise you, as this isn’t as itchy and dense as a lot of other Romney yarns. Still a solid, warm feeling yarn, it has a bloom to it that gives it an almost fuzzy springiness.

I have had a love affair with Heirloom since earlier this spring, when I first caught a glimpse of it. The first thing I noticed was the wonderfully fun, modern color palette.  I love the muted, heathered brights, especially this yellow-green color, named Quinoa.   I first saw this in a print ad, by the way, so I must admit to falling for Heirloom before I even felt it. And then I felt it. 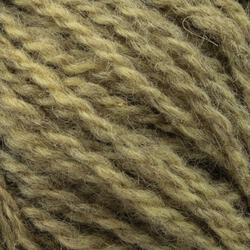 Now, this is a yarn for sheep lovers. It smells like freshly washed homespun wool, so much so that you’ll even sometimes catch a whiff when passing by the display in the shop. It feels like real wool straight from the farm, too: while I wouldn’t describe Heirloom as soft, I certainly wouldn’t describe it as itchy either. If you’re familiar with Romney wool, you probably can guess at this yarn’s hand. But I have to repeat, this yarn is springy.

We knit a test swatch on three needle sizes (US 8, 9, and 10) and found that any of the three gauges work. The smallest needles produced a denser (but by no means stiff) fabric, good for boot socks, mittens, and other items that benefit from extra strength. When knit on larger needles, the yarn’s halo of squish (since we’re being technical here) fills in the larger spaces so you still have all the warmth and fullness you could want, but with enough added drape to make this yarn really great for cozy winter sweaters or blankets. Weight-wise, I’d have to sum Heirloom up as a versatile worsted because it really is capable of playing multiple roles. 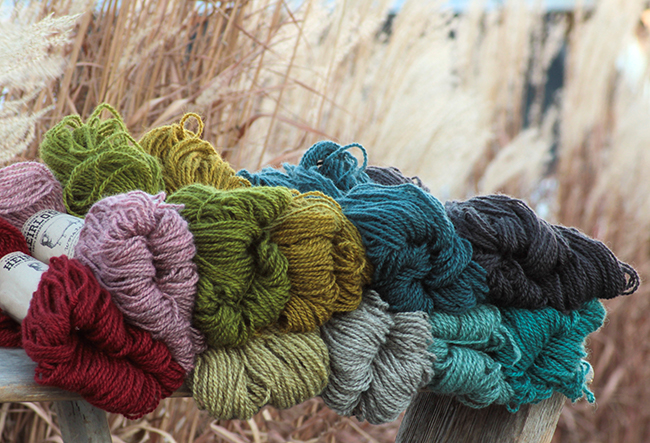 This is a newer yarn, so there aren’t a ton of patterns out there that have been written specifically for it. (Stay tuned!) That said, I’ve got a couple recommendations: There’s the [Sorry, item discontinued or temporarily out of stock] pattern, which would be perfect knit up in this yarn. That’s also a basic enough pattern that can easily be tweaked to incorporate a second color – imagine those socks in dark gray with a stripe of Quinoa in the cuff!  And (at the risk of being berated by Lopi fans worldwide) Heirloom would also be great for some of your favorite Icelandic sweater patterns . Weavers will enjoy it too, as it has good yardage, and surprising strength for such a lofty yarn. An Heirloom Romney blanket next to a cozy fire would be pretty ideal as the days get colder! 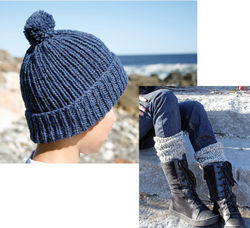 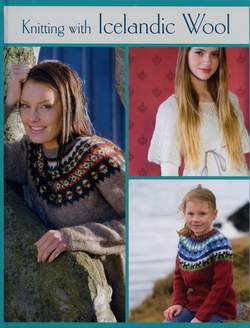 All of us here at Halcyon are in love with Heirloom Romney – the smell, feel, and look of it are all incredibly appealing to our New England knitter sensibilities. With generous yardage, beautiful colors, durability and a made in the USA stamp, I think this yarn feels right at home in our shop. And maybe I’m being cheesy, but I like to think that no matter where your roots are, working with yarn like this will make you feel right at home, too.

Stock up on cozy – Heirloom Romney is on sale for 10% off – now through next Wednesday!